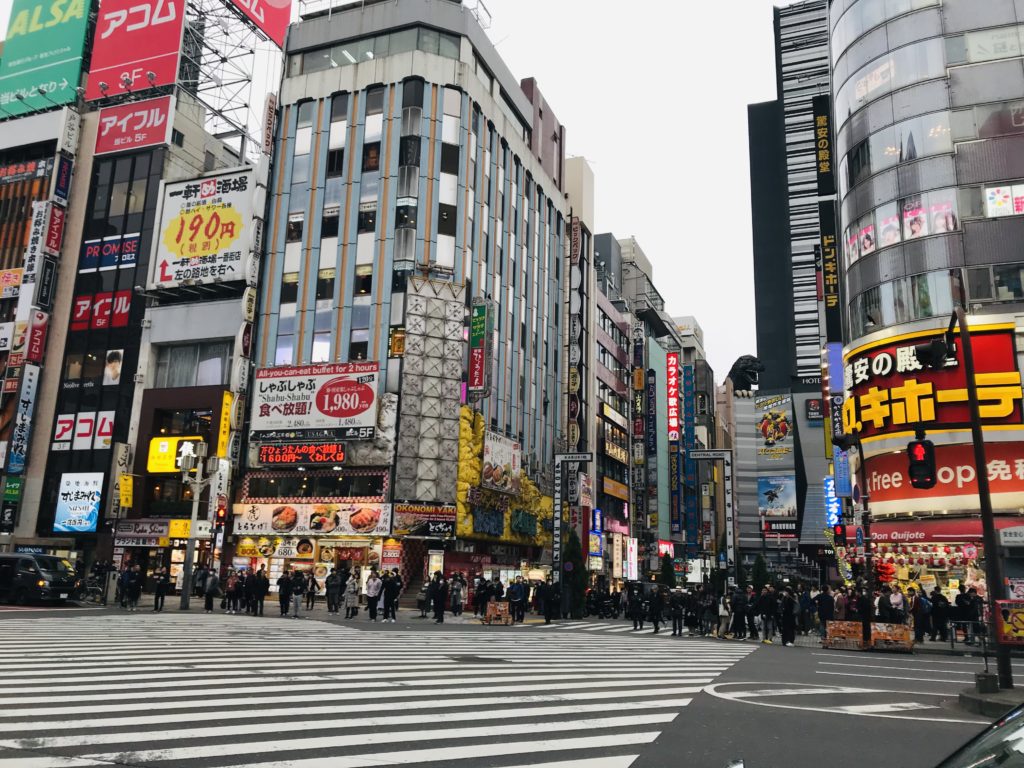 ▫️ Transportation 🚅: The first thing you thought was people getting pushed to fit inside a train, right? Well, it might happen, but it is not something that happens for every ride. First, because the frequency and punctuality of the trains are perfect. Second, because there are many train companies operating in Tokyo, which makes the underground system huge and very comprehensive; 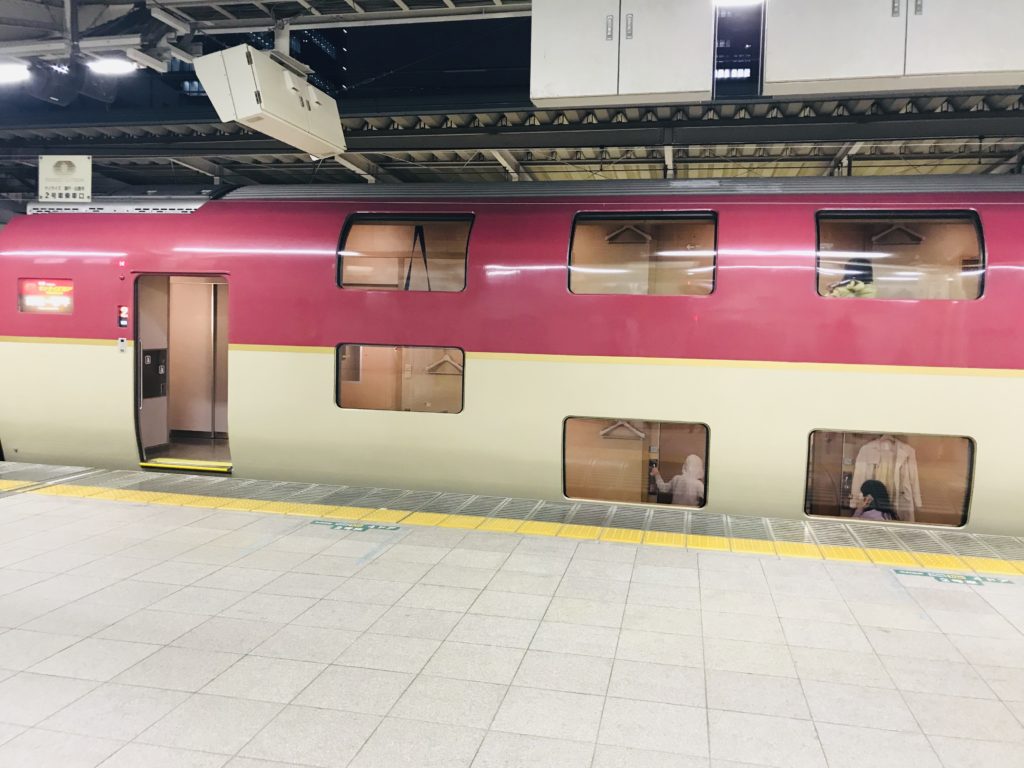 ▫️ Capsule Hotels ⚰️: Some movies and series have made Capsule hotels a special thing, but in Tokyo, this is very common. Nowadays we can see this trend all over the world – hostels try to deliver privacy in a room full of people, by “closing” each bed with curtains and wooden or metal panels; 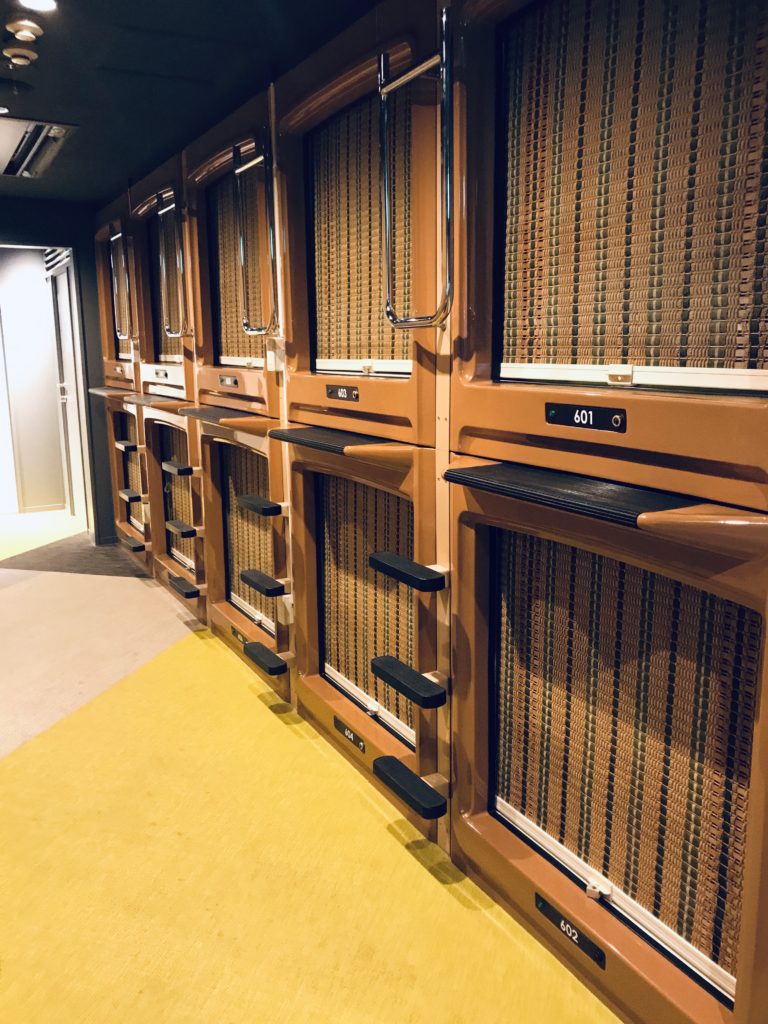 ▫️ Love hotels 💞:It has the same concept of what is commonly called a motel, where you pay by the hour to spend some time with your loved one or with your one-night-stand. The main difference is that this is a very openly-visited space and a big part of the Japanese dating culture. Nowadays the business might be struggling a little bit, but it is still popular;

▫️ Plastic food: We can find this everywhere in Japan, but Tokyo has a dedicated street (Kappabashi) where businesses must go to buy the highest quality cooking supplies, including pans, pots and food “replicas” to display in their restaurants. In the case of tourists, they got famous as beautiful, unique and durable souvenirs to take back home. 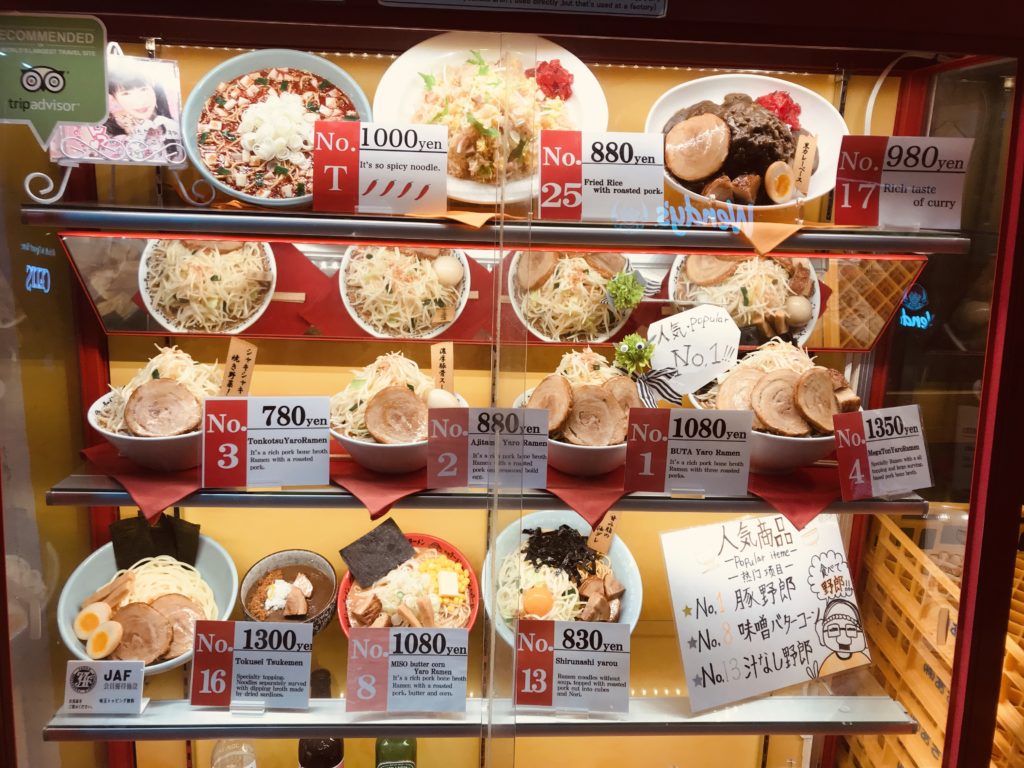 ▫️ Electronic Cigarettes/IQOS: Tobacco in Japan is extremely popular. A lot of people smoke, but the most surprising is the percentage of people smoking electronic cigarettes or IQOS (the newest invention by Philip Morris). It is also noteworthy that in most places you have assigned smoking areas so the streets can be maintained clean.
▫️ Gadgets : There are gadgets for everything in Japan. People normally carry a large number of electronic devices with them, being that one of them has to be a power bank, to charge such devices. The latest trend is Bluetooth earphones, which can be found here in many different shapes and produced by different brands.

▫️ Throughout Japan we have this feeling, but in Tokyo, it is much stronger: the amount of dishes composed mainly of vegetables is scarce. Fried meat is more common than one would expect and if you buy a regular bento box, you will have at least a piece of fried meat or fried potato;
▫️ Chains: Arashi, Katsuya, Matsuya, Ichiran Ramen, Sukiya, Yoshinoya – Perhaps we can say that if you want fast-food with decent prices, you should try the Japanese chains. Katsuya and Arashi are our favorites, serving an amazing Teppan Rice (on the picture) and Katsudon respectively. Fast-food here does not have much in common with fast-food in other countries. The food is served fast but is composed of rice, soup, chicken, etc. – not of french fries or pre-made pieces of something that you are afraid to know what it is; 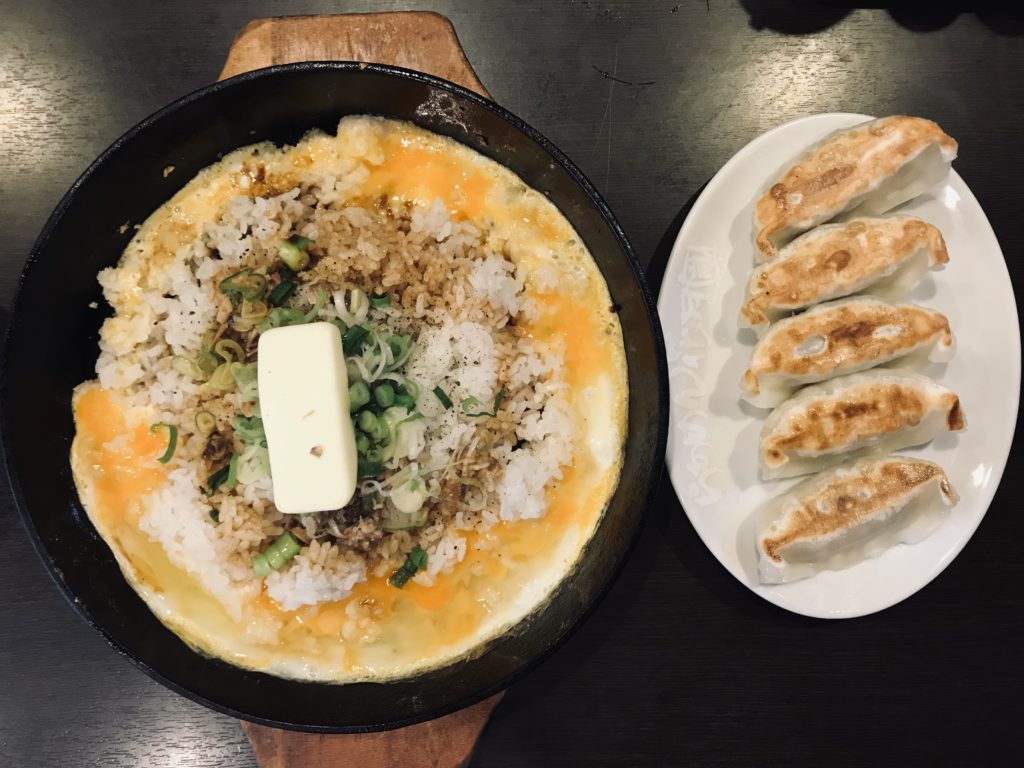 ▫️ Nomihoudai – Literally translated as “All you can drink”, these places are very common in Tokyo – widely popular among Japanese people and enjoyed by foreigners. Greatly crowded not only during the weekend but also weekdays show the specific aspect of the culture – Japanese people meeting friends and drinking until late after work. Marukin, Kin no Kura, Torikizoku are the most popular chains of such places but there are tons of other small bars – just take a walk around 11-12PM and you will tens of slightly smiling people coming out of them to catch the last train;
▫️Street food might be easier to find here – in some places, like Asakusa, you will find small markets selling the famous Takoyaki (octopus balls), french fries, yakisoba, dango, among others.

▫️(As it was our second time in Tokyo instead of visiting some signature spots again we enjoyed spending our free time with our friends. However, there are several places that we saw during the first visit…)

▫️Tsukiji fish market – 4 years ago we visited the “original” one. We had to stay awake all night to reserve our place and then we could experience the auction of the freshest tunas. Nowadays we are aware that the place of the market has changed. Supposedly it is in a facility with better conditions but some people say it lost the “magic”;
▫️Asakusa and Sensō-Ji Temple – A very nice are with one of the most beautiful temples in the city;
▫️Akihabara – The geek and anime area. Here you will find all kinds of anime goods as well as video game stations and second-hand tech shops;
▫️Shibuya – The famous Tokyo crossing that appears in so many American movies and tv shows. This is a center for business and nightlife;
▫️Shinjuku – Bars, restaurants, shops, and people. Always crowded and home to the busiest train station in the world;
▫️Fuji Q – An amazing amusement park with some of the best rollercoasters in the world. In one of them, at 79 meters high, we had a splendid view of Mount Fuji.

▫️ Tokyo is a huge city but has excelent transportation so do not worry if your hotel is located far from the city center. As long as you do not need to stay in the city center – Shibuya, it is worthy to stay in one of the main parts of the city – Shinjuku, Akihabara, Asakusa, etc.;
▫️ Tokyo public transportation stops between 12 and 5 so remember to finish your Nomihoudai party before midnight. Taxi can easily leave you lighter by a few thousands of yen, even for a short ride. If you want to do the Japanese style you can go to a net cafe for a few hours and just take the next morning train;
▫️ Do not hesitate to take long walks! Main areas have definitely a lot to offer but smaller streets are also interesting! We were walking between Shibuya and Shinzuku several times (once due to the point above) and the short distance of 3-4 km is a nice walk through busy streets, Yoyogi park and between small Japanese houses that make you feel like you are in a town;
▫️ Do not stop your visiting in Shibuya! Tokyo is composed of many districts and each of them has interesting things to offer. 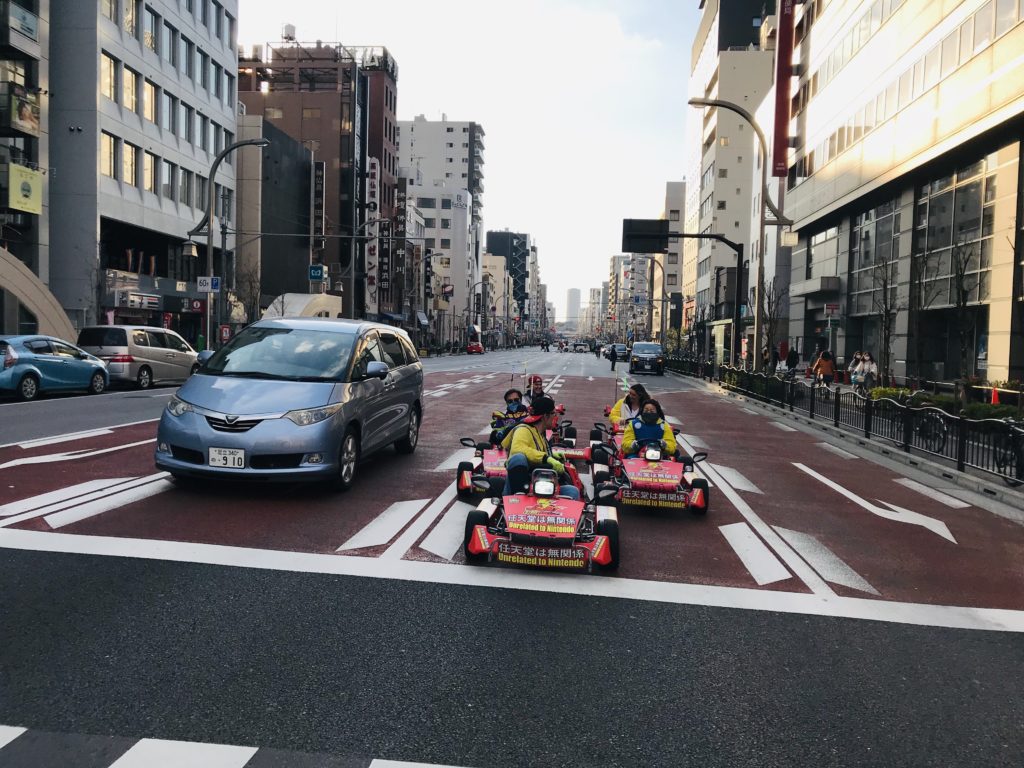